You are here: Home

On September 20th and on October 11th, 2014, E 77 10 hauled a scheduled freight train operated by ITL between Dresden-Friedrichstadt/GVZ and Freiberg i. Sa. and back. However, it could not be used as a single locomotive for technical reasons related to the steeply inclined section between Tharandt and Klingenberg-Colmnitz. On both occasions, the double header was led by E 77 10 as the first engine and a regular electric engine of ITL took over the major part of forwarding as the second engine. As well for technical reasons, E 77 10 could not be placed as a single leading engine and the "modern" engine be positioned as a banker.

We are very grateful to all railroad staff involved and - above all - to ITL that made the dreams come true!! 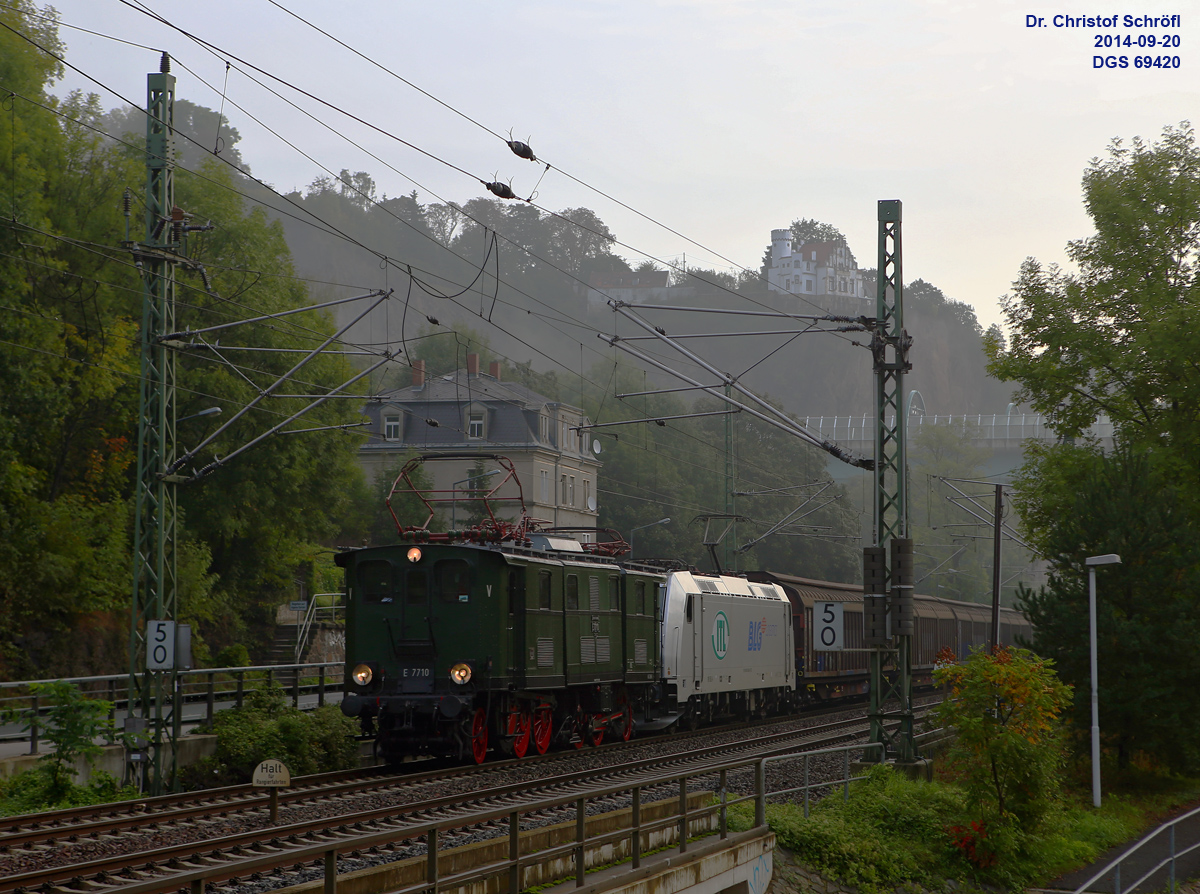 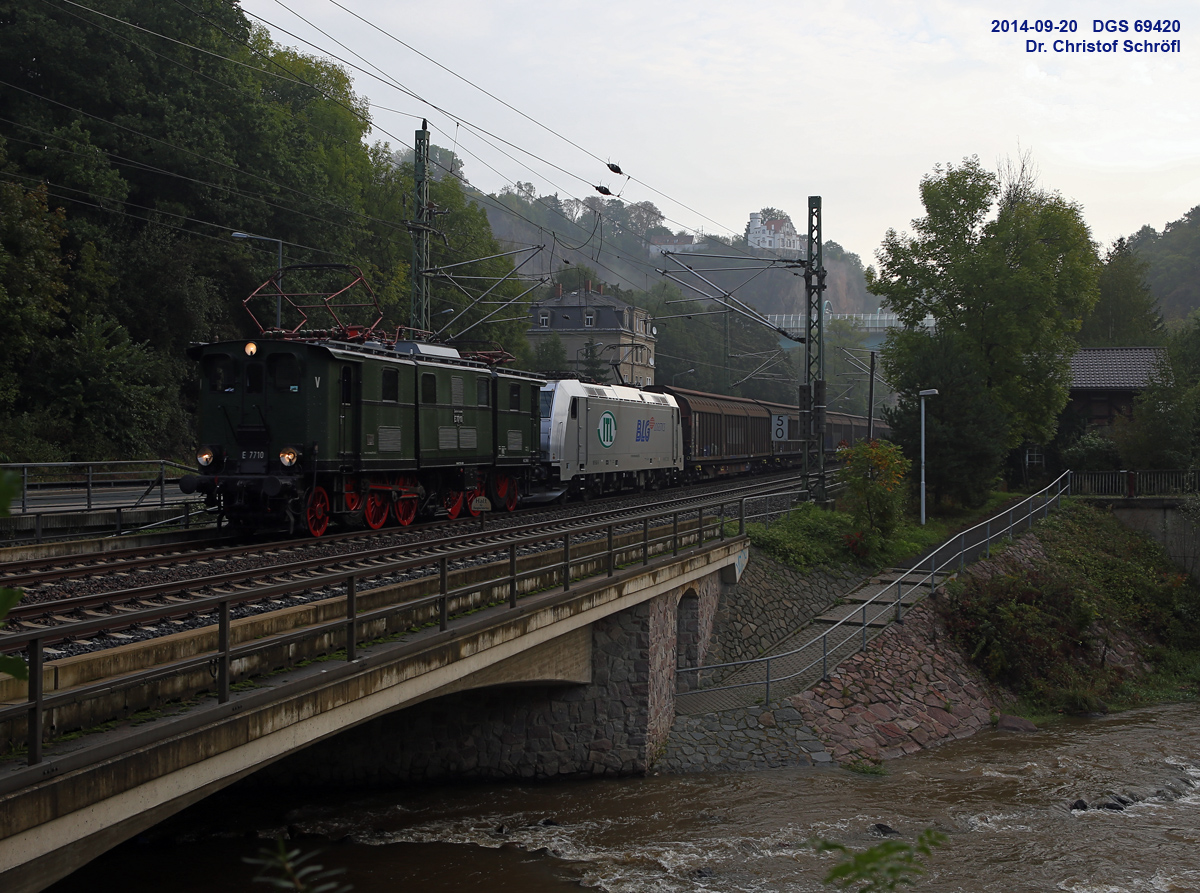 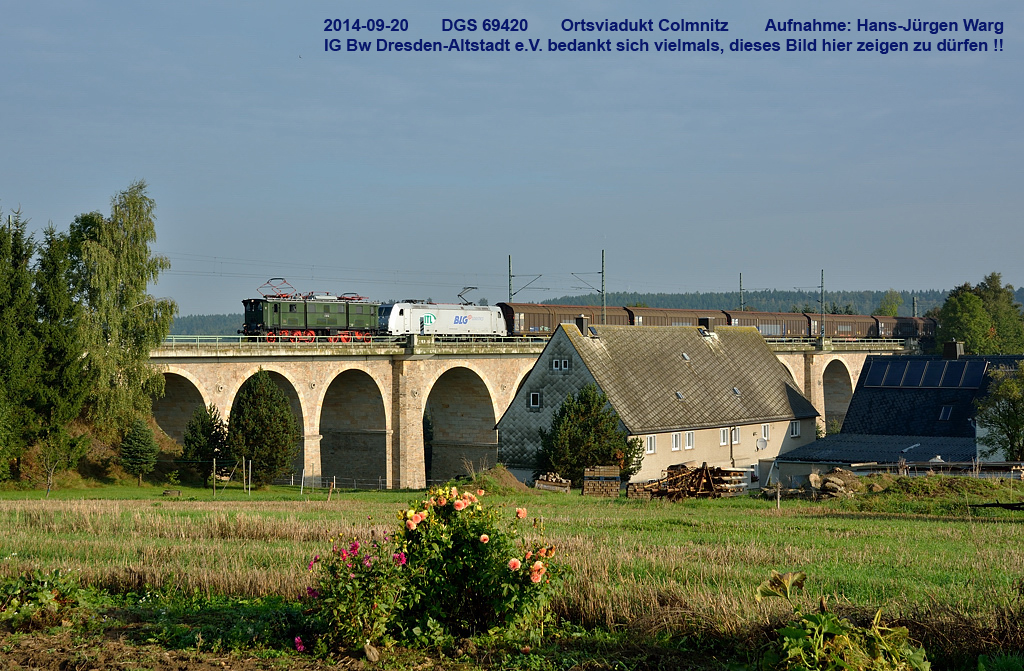 FORMERLY A PICTURE WAS PLACED HERE WHICH IS NO LONGER AVAILABLE DUE TO NEW LEGAL ISSUES CONCERNING HUMAN RIGHTS. 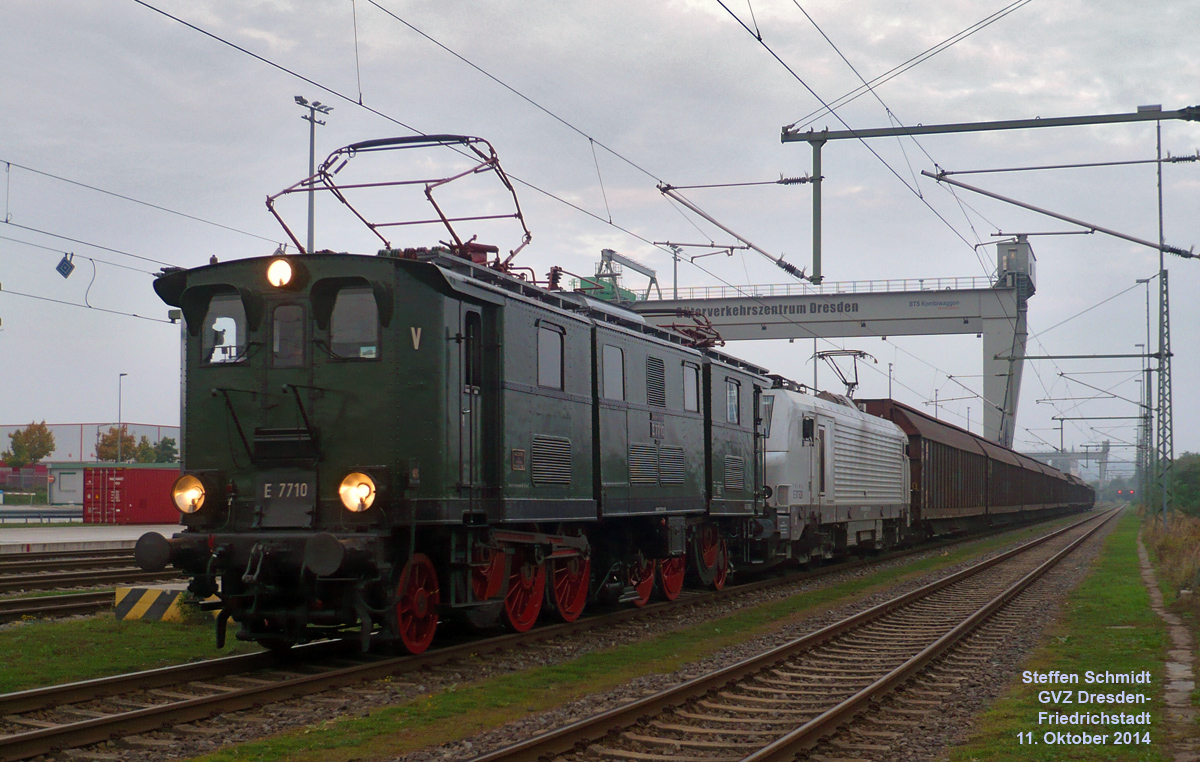 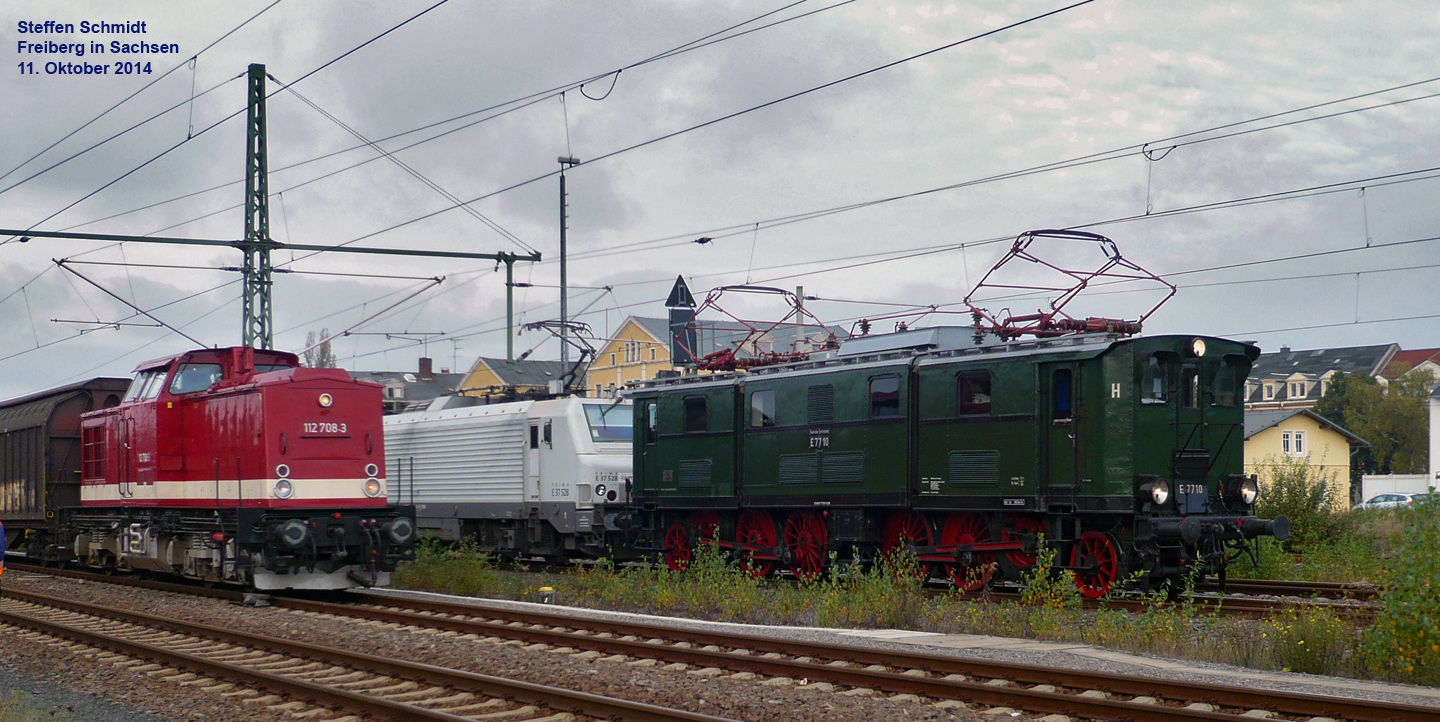 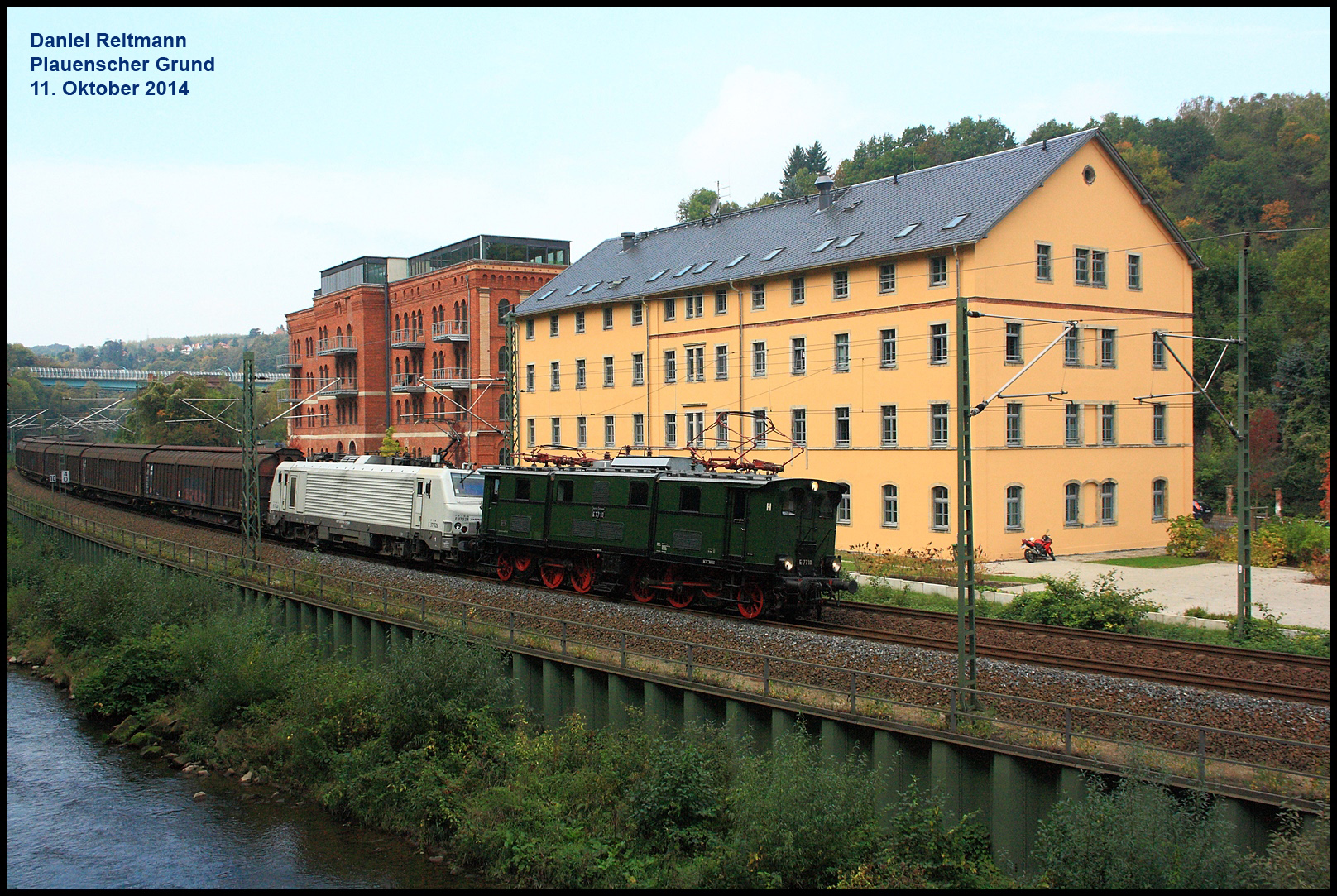